“What law legally states we can monitor our employees outside the workplace?”

This is a question we have heard many times over the years, and the answer is always the same

“There isn’t one, as anyone can be monitored in a public place” 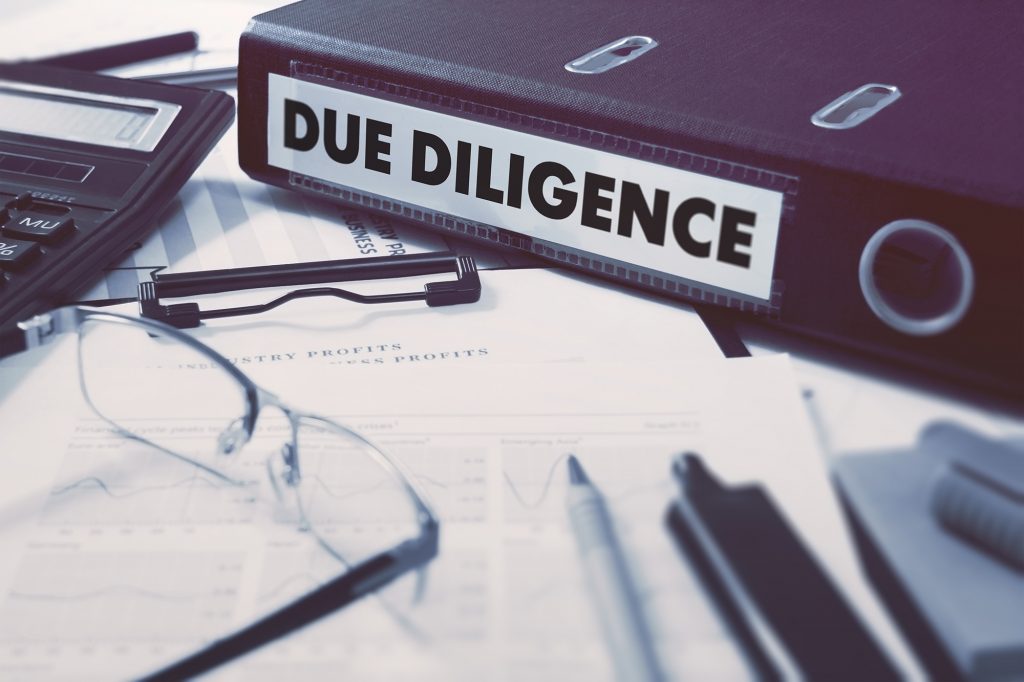 In the past 12 months NTF Investigations have seen a x6 fold rise in Human Resource departments contacting us asking about our services to either negate claims against them which are believed to be fraudulent or investigate employee theft/false sickness. Whilst every single person on the planet has in some way seen a change in their circumstances, be it personally or financially, COVID seems to have created a mindset in employees which is now threatening to take the financial impact businesses have already suffered to a whole new level.

Understanding how you, as a HR representative for your company, can move through this process in a way which doesn’t impede the claimant’s rights, whilst also ensuring that their claim is indeed genuine, is not as complicated as most people think. Your company, as a responsible employer, should investigate with honesty and integrity to protect itself and, with a little time and effort, you can ensure that the end result, be it a genuine case or a fraudulent claim, will not come back to bite you, nor cost you the earth to investigate.

The consequences of lying about injuries or losses are undoubtedly detrimental to any claimant who decides to pursue the path of deceit for financial gain. The ultimate purpose of a personal injury claim should be to restore the claimant’s position to their pre-accident position. A personal injury claim must not be used to make money for injuries and losses that are not genuine.

Fundamental dishonesty does not need to be expressly alleged by the defendant in writing and the allegation can be advanced at any stage of a case. Many HR departments know instantly where a case is heading, but are hesitant to ‘press ahead’ from an early stage to negate any claim on its arrival.

Some people who are pursuing a personal injury claim may fail to appreciate that a Court can order costs orders against them for making a dishonest claim. What may seem like a trivial attempt to exaggerate losses and/or injuries can have a spellbinding effect in relation to the outcome of a case.

The employer should be aware of all this information and so should the claimant.

Adhering to the Law

Before you even consider an investigation you need to be truthful to yourself. ‘Have I adhered to the law’? Your employee will be directed by their representative. Sometimes the representatives will direct you to guidance which, on the face of it is daunting. Remember, it’s also there to protect you as an employer, so when reading up make sure you read all of it. There is a minefield of information – don’t be afraid to question what the representative is referring to, how they think it to be appropriate in their client’s case and take the time to understand their position.

The term ‘fundamental dishonesty’ is referred to in both Civil Procedure Rules (CPR) 44.16(1) and Criminal Justice and Courts Act (CJCA) 2015, Section 57. CJCA 2015, s.57 allows for an entire personal injury claim to be dismissed, including any genuine elements, on the basis that the claimant has been fundamentally dishonest in relation to the primary claim or a related claim.

“The employee’s representative has been in touch and I’m worried that they will claim harassment, alarm or distress if we look into the employee outside of the workplace”

The very nature of surveillance means monitoring activities from an unidentified position. Therefore the employee cannot be harassed, alarmed or distressed by something they are not aware of.

You may need to be able to explain why it would not be prudent to inform the employee of your intention to monitor them outside of work to ascertain if their injuries are as described. Obviously, doing so would change their natural behaviour, physical movement and pattern of life, defeating the purpose.

Common misconceptions surrounding pictures and footage taken in a public place are dispelled below:

The general rule of thumb is – if you can see something via the naked eye from a public place, without any additional focus or manipulation (spectacles and contact lenses apart), then you can record it by whatever means available.

Any investigator worth their salt will listen to you before they talk to you about your investigation. This will provide the bedrock of your investigation; the initial information will allow us to assess if what you believe to be occurring is worth you spending company money on and furthering your query. You have a responsibility to your company to get the best for your company; we have a moral and professional responsibility to you to ensure you are spending your money correctly with the most proportionate chance of a positive outcome.

How do we start the Investigation?

A thorough Pre Assignment Impact Assessment will put down in writing detailing why we believe that an investigation/surveillance of the employee is believed to be the only way forward to assess their claim’s credibility and your/our rationale for this.

An employee has claimed they have damaged their back performing a task at work. You have went through the standard HR procedure with the employee over several weeks/months and there seems to be no end in sight. They have attended occupational health meetings and are claiming to be in a lot of pain/using aids to assist in their movement, restricting their ability to work. Their representative is now involved. The employee is being vague/non responsive about questions asked in relation to the injury and its occurrence. You’ve tried all means possible to assist them and get them back into a work related role – they are now point blank refusing.

You have a suspicion their ‘injury’ is not as is being made out. Numerous things may be pointing towards this – information indicates this, they have previous character for this, you’re aware they have financial difficulties – are they making a claim to enable them to obtain a financial gain from your company?

How do you obtain the evidence to support or negate this theory?

The above ensures that you act within the law to allow us to monitor your employee’s outside the workplace.

A warning was issued to all who may be considering defrauding the compensation system this week. A man was issued a three-year suspended sentence following a private prosecution brought by insurance giant AXA.

The company decided to take action against the man after it was discovered that a personal injury claim made in 2007 was fraudulent.

The man claimed he had sustained a back injury whilst undertaking a job that involved repetitive twisting and heavy lifting; however, later evidence has found to prove this untrue.

Medical records showed that the gentleman had a pre-existing condition. A text message also revealed that prior to his claim, the man had been pushing his then girlfriend’s broken-down car and the injury may have been sustained that way.

The civil claim for workplace injury proceeded at Southampton County Court and sought compensation of £100,000 from the man’s employer. This was in no way a petty claim but an attempt to defraud an insurance company on a significant scale.

Following the materialisation of this new evidence, the man attempted to change his story. His claim was further brought into disrepute when his line manager gave evidence denying that the accident had been reported; the gentleman claimed this process had been undertaken.

Chris Voller, Claims Director, stated that AXA “didn’t take the decision to pursue a private prosecution lightly but it is increasingly important that collectively and individually, the industry does everything within its power to combat fraud”.

Indeed, it is unusual for Axa to prosecute at all. Often other legal paths are investigated first to bring the individual to justice.

Due to the defendant’s wife having what Judge Clark described as a “fragile state of mind”, he suspended the three-year sentence handed down so that he could continue to support her.

Many would say the man was incredibly lucky to escape jail time. The Judge himself described him as “fortunate”.

Perhaps though, the real victory comes from the message this case sends out: there are serious, life-changing consequences in making a fraudulent claim. Hopefully, it will make others stop and think before they consider going down that dark path.

An insurer who took out a successful private prosecution against a fraudulent claimant says the case lays down a marker for many more similar actions.

Allianz reported today that it had brought the successful prosecution against defendant Fitzhugh Stephenson, who had submitted a £4,000 personal injury claim.

Stephenson originally claimed for vehicle damages and hire following a builder’s forklift truck reversing into his vehicle. Allianz paid out on the claim, but started an investigation with defendant firm Keoghs after Stephenson submitted a further injury claim 19 months later.

Allianz said enquiries uncovered significant evidence suggesting the PI claim was fraudulent. A call recording of Stephenson reporting the original incident to his insurance broker included an admission that he wasn’t in his vehicle at the time of impact. A letter from his original claim also backed up the assertion that his vehicle was unattended when the original collision occurred.

Two witnesses stated that Stephenson was in the yard shop at the time of the incident, while GP records contradicted his claim that he visited the doctor several times.

Stephenson discontinued his claim but this was not accepted by Allianz and Keoghs, who started the private prosecution. He later admitted fraud and said he had been the subject of a cold call by a claims company encouraging him to make a claim.

He was sentenced last week to 12 months’ imprisonment at Croydon Crown Court, with Allianz awarded the full costs of the prosecution from central funds.

Following the sentencing, Keoghs case lead and associate solicitors Nigel Parker said this was a rare and important prosecution which fires a ‘stark warning’ to those tempted to submit fraudulent claims for injury.

James Burge, fraud manager at Allianz, said: ‘The fact that Allianz took this landmark decision to pursue a private prosecution, which is the first of many to come, just highlights the investment we are continuing to put into fraud detection. I hope that those considering fraudulent claims and the claims management companies involved in encouraging such behaviours take heed of this ruling.’

We all perform due diligence throughout our every day lives on virtually everything we do. We check to see that we are getting the best deals on Insurance. We check to ensure that new car we are buying is worth it.

So why are businesses not checking their staff? Is the Company image not important? Do you not want to know who/what you are bringing into your brands inner circle? Are you ‘paying’ for their services – for instance, transfer fees, reimbursements, get out clauses etc.

Treating a living breathing thing as a commodity can be frowned upon by some – however, imagine if that commodity turns out to be bad for business and ends up costing the company not just financially, but also impacts on the image and tradition of the company. A generation of tradition and moral underpinning can be turned on it’s head by the wrong character. Is your business a team environment? Would putting the wrong character into that environment cause unrest? Would they lead others astray? Are their personal ‘activities’ in keeping with your business?

Contact us today to discuss how we can assist you.

Contact us today and speak to a private investigator to find out how we can help.